This is the final chapter of the epic storyline that began in the best-selling graphic novels, BATMAN:R.I.P. and FINAL CRISIS where the original Batman was lost in time after being bombarded with the omega beams of evil Des-pot, Darkseid and continued in BATMAN & ROBIN: BATMAN REBORN where Dick Grayson, the original Robin, tookover wearing the cape and cowl of the Dark Knight after the world’s heroes believed his mentor to have died.

Be the first to review “Batman: The Return of Bruce Wayne” Cancel reply 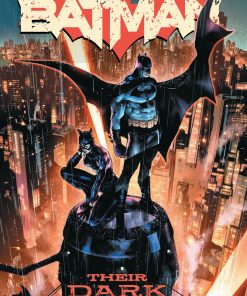